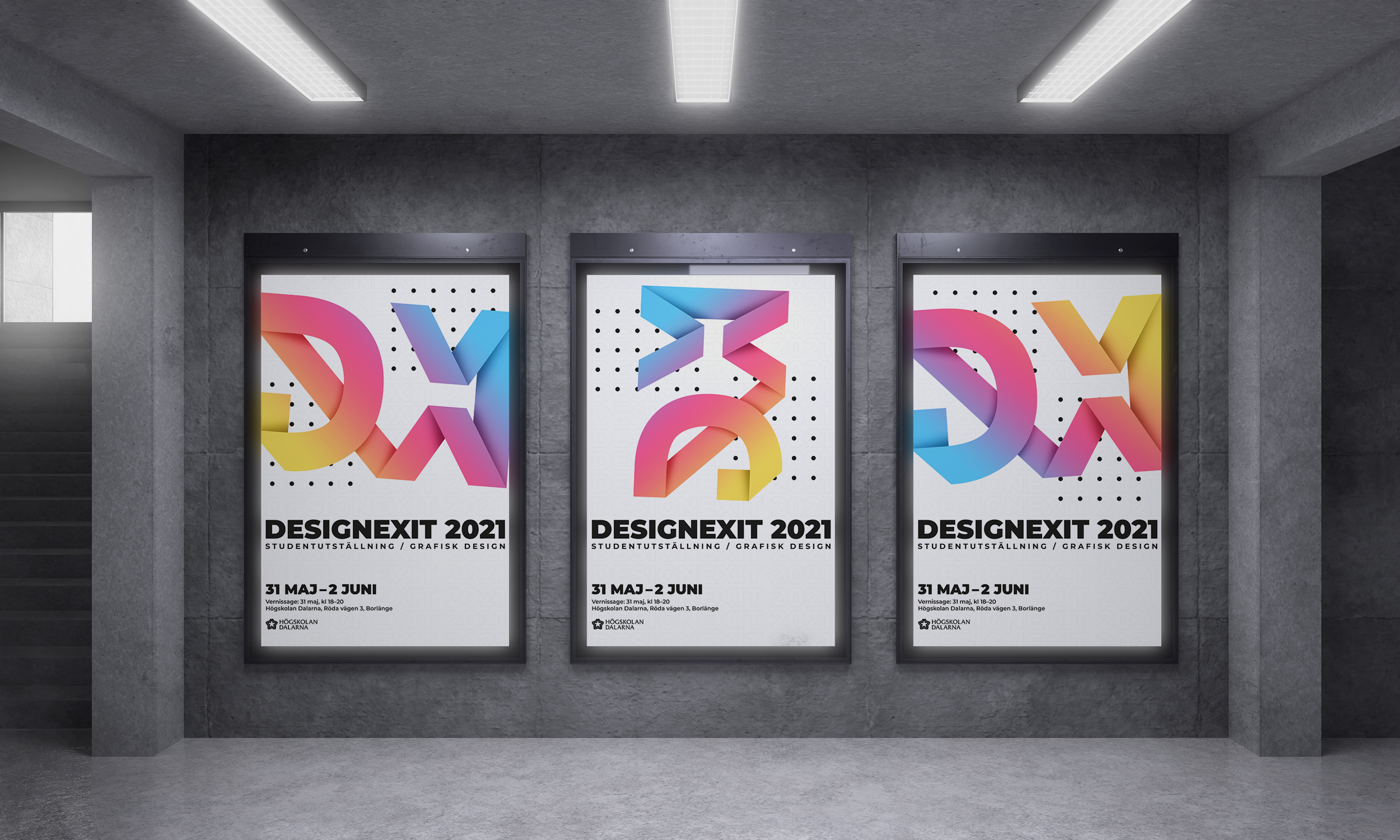 The goal of this project was to create a theme and design for the annual designexit exhibition at Dalarna University.

The problem to be solves in this project was: Create a concept and design for the upcoming Designexit exhibition.

At the start of the project I created multiple posters for different ideas. The problem was that all these ideas lacked a central concept and theme. Later on, after alot of sketching, I had created a logo for Designexit and with that logo I chose a theme. Discarded ideas and the final design concept can be seen in the pictures below. Ultimately my concept wasen't chosen as the theme for Designexit 2021. But the work to create this theme has given me alot nonetheless.

The theme of the concept is "Identity". As a graphic designer, you establish your own way of working and create a new identity in the designs you produce. Now that we have reached the end of our education, we have also created our own design identity.

I have developed an identity for Designexit by creating a word symbol with the letters D and X. A word symbol is usually easier to identify than a figure or a more abstract symbol. The gradient and the selected colors symbolize identity by including as many colors as possible. No matter what color you like, you should feel included. The pattern that you see in the background is used in this context to emphasize "Designexit 2021". The pattern is also used in the background of the portrait image for Instagram. In that example, it is used to identify the person who appears.